"It is...Our will that Catholics should abstain from certain appellations which have recently been brought into use to distinguish one group of Catholics from another. They are to be avoided not only as 'profane novelties of words,' out of harmony with both truth and justice, but also because they give rise to great trouble and confusion among Catholics. Such is the nature of Catholicism that it does not admit of more or less, but must be held as a whole or as a whole rejected: 'This is the Catholic faith, which unless a man believe faithfully and firmly; he cannot be saved' (Athanasian Creed). There is no need of adding any qualifying terms to the profession of Catholicism: it is quite enough for each one to proclaim 'Christian is my name and Catholic my surname,' only let him endeavour to be in reality what he calls himself." -- Pope Benedict XV, Ad Beatissimi Apostolorum 24 (1914)

Solidarity and the Welfare State?


In the last post, we discussed why the Catholic principle of solidarity does not equal socialism. In this post, we’ll be looking at solidarity and the welfare state.

To many Catholics, the call to solidarity boils down to a call for concern for the poor. If welfare is concerned with the poor, then it would seem solidarity means that Catholics should unambiguously affirm the welfare state. In this view, the welfare state is the incarnation of solidarity, a governmental system that takes care of the poor.

But that identity is questionable. Hence the question in the title of this post: “Solidarity and the Welfare State?”

Let me be very clear that by putting it in question I am not saying that the social safety net should be scrapped. Rather, it needs to be reformed, and the beginning of that reform must be a great shift in responsibility, from the state to us, because that’s where solidarity begins.

Why? First and foremost, as we’ve seen in the previous post, solidarity is a virtue, not a system. It’s something we need in us, an essential part of the formation of our moral character needed for our moral perfection, not an impersonal political, economic or bureaucratic system.

To repeat Pope John Paul II’s words from his 1987 encyclical Sollicitudo Rei Socialis (For the 20th Anniversary of Populorum Progressio), one develops the virtue of solidarity by creating “a firm and persevering determination to commit oneself to the common good; that is to say to the good of all and of each individual, because we are all really responsible for all” (38).

The responsibility is personal.

It is personal in the way that playing the piano is personal. You don’t get good at it without practice. No one can do it for you.

That’s a hard thing for us to understand these days, almost a foreign thing. Why?

For a host of complex reasons, we moderns are in the habit of transferring what used to be understood as personal virtues to impersonal systems that are supposed to do the work of virtue without any effort on our part. Impersonal systems thereby take the place of personal responsibility.

Rather than demanding personal virtue of those serving in government, we believe that an intricate and ingenious system of checks and balances where ambition is made to counteract ambition can take the place of virtue.

Then we’re surprised when those entrenched in the government adroitly use the system to satisfy their personal ambitions.

Rather than demanding personal virtue in our economic dealings, we believe that each individual eagerly satisfying his self-interest will magically result in mimicking the effects of a just economic order.

In the same way, instead of personally shouldering the moral responsibility for the common good — especially for the poor — as the virtue of solidarity demands, we have shrugged our shoulders, and given that responsibility to the state, the welfare state.

Then we’re surprised when welfare programs end up destroying families by encouraging single motherhood and taking away the moral responsibility of fathers for providing for their children; when the generosity of welfare benefits make staying on welfare a far better deal than finding a job; when government defines taking care of the poor in terms of the provision of contraception and abortion; when welfare ends up becoming a multi-generation way of life rather than a temporary help for those in need in difficult times; when welfare creates an entitlement mentality in its recipients, rather than gratitude and a desire to make it on their own as soon as possible.

While governmental programs certainly could promote virtue, and should therefore be supported if they do, they can also promote vice and social destruction. The welfare system as it currently exists certainly does not promote virtue amongst individuals in the general population or amongst the poor themselves.

The immoral effects of the system are, in large part, the result of removing the proper moral cause — morally good individuals trying to have morally good effects in very particular circumstances — and replacing it with an indiscriminate entitlement system (i.e., a system that does not discriminate between morally good and evil effects in its recipients, but simply hands out benefits).

But just as harmful as any of these ill effects, is the notion that it is primarily, even solely, the state’s job to care for the common good, especially the poor. The harm is moral harm — to us.

And let me repeat: All that doesn’t mean that a social safety net is, as such, a bad thing. We aren’t faced with two stark choices: either a welfare state or let the poor fend for themselves. The goal is to shift the burden of moral responsibility back on us as the primary locus of solidarity, and allow the state to supplement our efforts, rather than supplant them.

That way, we become better people, and our charitable efforts will be much more likely to do good than harm because we are looking over them ourselves in our own local communities.

And that accords with the very important Catholic principle of subsidiarity, that “a community of a higher order,” i.e., the state, “should not interfere in the internal life of a community of a lower order, depriving the latter of its functions, but rather should support it in case of need and help to co-ordinate its activity with the activities of the rest of society, always with a view to the common good” (Catechism, 1883).
Read more: http://www.ncregister.com/blog/benjamin-wiker/solidarity-and-the-welfare-state/?utm_source=dlvr.it&utm_medium=twitter#ixzz2A7GAeHkQ
Posted by Kitchener Waterloo Traditional Catholic at 4:41 PM

The European Union says I have to let you know this site uses cookies and that your consent may be required to stay here. I don't know what any of that means, but you've been told.

A Meditation On The Holy Sacrifice Of The Mass The Latin Mass Explained And Demonstrated For Priests

The Battle For The Ancient Mass 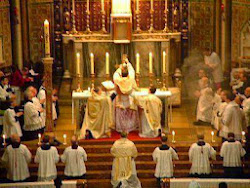 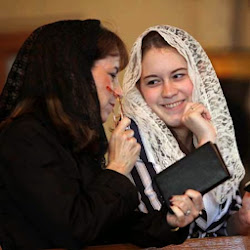 "become available in all parishes throughout the world"

The Call of Beauty - The Extraordinary Form 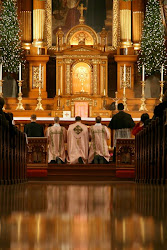 Holy Sacrifice Of The Mass In The Extraordinary Form 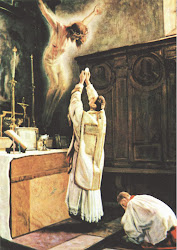 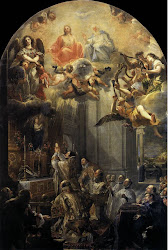 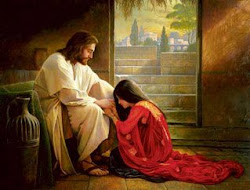 Adoration & Benediction Of The Blessed Sacrament

To Be A Priest 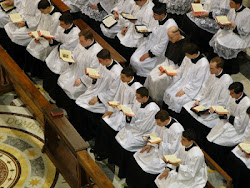 Five Paths To The Priesthood 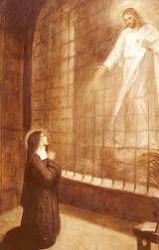 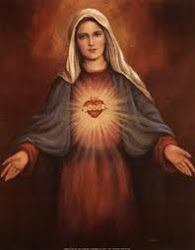 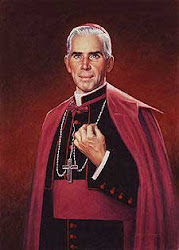 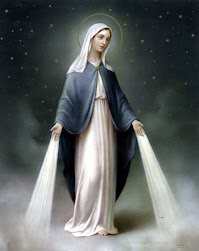 Our Lady of Good Success

Our Lady of Akita 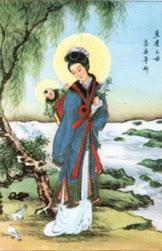 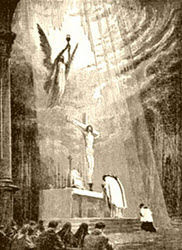 The Merit of a Mass 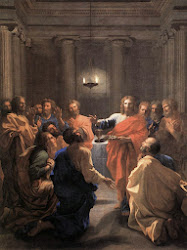 The Meaning Of The Mass - Bishop Sheen

Fr Zuhlsdorf "Save the liturgy, Save the world 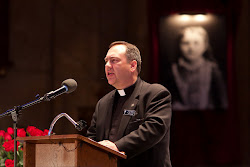 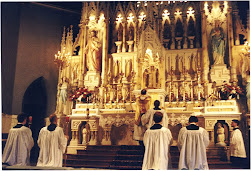 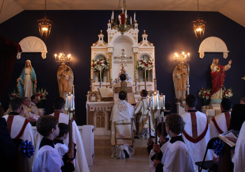 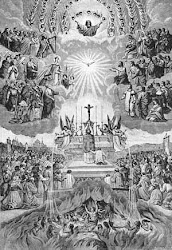 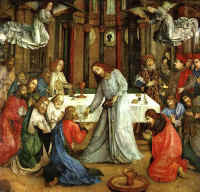 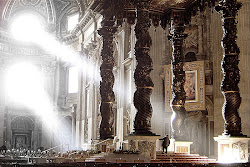 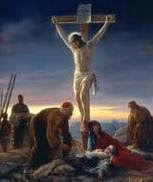 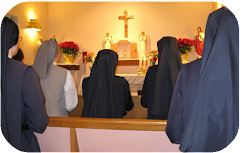 Our Lady of Clear Creek Abbey 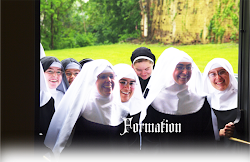 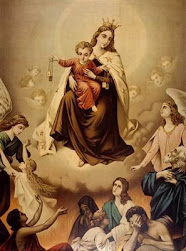 Carmelite Monastery of the Sacred Hearts 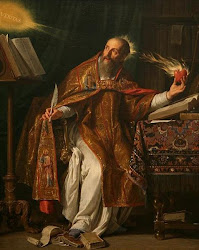 
Our Lady Of The Rosary Library
www.olrl.org


Fisheaters
http://www.fisheaters.com/index.html
Note: Be wary of the forum 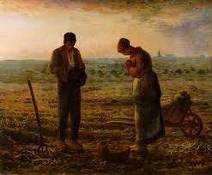 Morning Offering
O my Jesus, through the Immaculate Heart of Mary, I offer You my prayers, works, joys, and sufferings this day for all the intentions of Your Sacred Heart in union with the Holy Sacrifice of the Mass throughout the world, in reparation for my sins, for the intentions of all the souls in Purgatory, and the particular intentions of the Holy Father, Amen.


Angel of God
Angel of God, my guardian dear, to whom God's love commits me here, ever this day be at my side, to light and guard, to rule and guide, Amen.


Grace before meals
Bless us O Lord, and these Thy gifts which of Thy bounty we are about to receive; through Christ our Lord, Amen.


Grace after meals
We give Thee thanks, Almighty God for all Thy benefits, Who livest and reignest, world without end, Amen.


Angelus (Noon)
v: The Angel of the Lord declared unto Mary

r: And she conceived by the Holy Spirit

v: Behold the handmaid of the Lord

r: Be it done to me according to Thy word.

v: And the Word was made flesh (genuflect)

r: And dwelt among us.

v: Pray for us, O holy Mother of God

r: That we made be made worthy of the promises of Christ.

r: Pour forth we beseech Thee, O Lord, Thy grace into our hearts, that we, to whom the Incarnation of Christ, Thy Son, was made known by the message of an angel, may by His Passion and Cross, be brought to the glory or His Resurrection, through the same Christ our Lord, Amen.

O God, Whose only begotten Son, by His life, death and resurrection has purchased for us the rewards of Eternal Salvation, grant we beseech thee that by meditating upon these mysteries of the most Holy Rosary of the Blessed Virgin Mary, we may imitate what they contain, and obtain what they promise, through the same Christ our Lord, Amen.


St. Michael
St. Michael the Archangel, defend us in the battle. Be our safeguard against the wickedness and snares of the devil. May God rebuke him we humbly pray. And do thou, O Prince of the Heavenly Host, by the power of God, cast into Hell, Satan and all the evil spirits who wander through the world, seeking the ruin of souls, Amen.


For the souls in Purgatory
May the Divine Assistance remain always with us, and may the souls of the faithfully departed by the mercy of God rest in peace.


Prayer before a Crucifix
Behold, O kind and most sweet Jesus, I cast myself upon my knees in Thy sight and with the most fervent desire of my soul I pray and beseech Thee to impress upon my heart lively sentiments of faith, hope, and charity, with true repentence for my sins, and a firm purpose of amendment, whilst with deep affection and grief of soul I ponder within myself and mentally contemplate Thy five wounds, having before my eyes that which David spoke in prophecy: O good Jesus, "They have pierced My hands and feet, they have numbered all My bones."


Prayer after Holy Communion: Anima Christi
Soul of Christ, santify me.
Body of Christ, save me.
Blood of Christ, inebriate me.
Water from the side of Christ, cleanse me.
Passion of Christ, save me.
Oh dear Jesus, hear me.
Within thy wounds, hide me.
Suffer me not to be separated from Thee.
From the malignant enemy, defend me.
At the hour of my death, call me, and bid me
to come to Thee, so that with all Thy saints and angels, I may be, praising You for all eternity, Amen.


Spiritual Communion (for when not properly disposed to receive Holy Communion)
Oh my Jesus, I truly believe that Thou are present in the Most Blessed Sacrament. I love Thee above all things and desire to possess Thee within my soul. Since I cannot now receive Thee in Thy Blessed Sacrament, come to me spiritually into my heart. (Pause) As though Thou wert already there, I embrace Thee and unite myself wholly to Thee, permit me not to be ever separated from Thee. May the Body of Our Lord Jesus Christ keep my soul unto Everlasting Life, Amen. 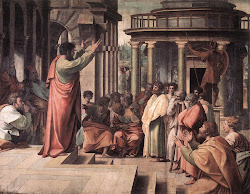 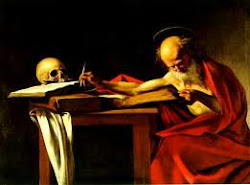 Passion of the Catholic Church